Guest Post: Why the Sultan of Sulu is Wrong 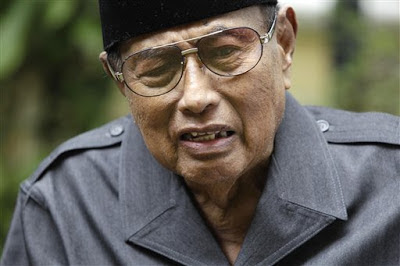 The sultan is embarrassing not just himself but all of us. By sending his “people” into another country’s territory, supposedly to reclaim it, he has shown how ignorant he is of the principles behind international law and simple ethics. It’s tragic that this man doesn’t see how fallacious his position is. If it were true that any country still possesses a right to control a former territory, then, pray, we should not at all complain if the Spaniards, Americans, and Japanese all call up Malacanan Palace today and inform us that we are still theirs because we were once so before.

But it gets worse. As usual, the greater part of the netizens who comment about the issue share the same myopia. In other words, the people who think the Sultan and the rest of the Filipinos in Sabah are right because they are courageous are also wrong. For courage is a virtue, and there is nothing virtuous in occupying a piece of property that is no longer ours, even if it was ours before. President Aquino is right in choosing not to support the Filipinos there. True nationalism consists not in supporting your fellow Filipinos even when they are in the wrong just because they are Filipinos too, but in dissuading them from doing something wrong, despite their being your countrymen, because a bad act is still a bad act, whatever your nationality might be.

A documentaries by Miss Kara David of GMA 7 focusing about the less fortunate people who are relying in feeding programs of different institutions like private schools, churches, ministries and others. After watching the video, I felt like I'm too lucky because I didn't experience the situation that they are into. I can't even imagine myself running from one feeding program to another feeding program just to fill in my empty stomach. This documentary made me realized that what I have before and today came from the hardships of my parents in giving us a good life and I must say that I'm thankful for what they did for us and above all, God. Check out the videos below and feel the poverty of the people in it.


This documentary talks about the people who collects left over foods from fast food chains then selling it to cheap food store in their place.

This documentary tackles the life in the province working with the super low wage. Earning a P147 a day?Oh my!Enough for a Sta…

No cover ups. No frills. Just a bigger and better promise of the good old, cheesy and giant S&R Pizza delivering to most parts of Metro manila.

Yes, we’ve heard it before, the long lines are making you drool over your favorite S&R New York Style Pizza even more. And though it is definitely worth the wait, some of us may not just have the time and especially the patience to do it. Fret no more because S&R recently joined the long list of foodpanda’s restaurant partners making their in demand, enormous pizzas available even in the farthest corners of the Metro.

You definitely need no membership card to get ahold of the most coveted comfort food in town, just download the app or visit foodpanda Philippines’ website and click away! You can choose from four different flavors: Pizza Combo Whole which has pepperoni, beef, green bell pepper, onions, olives, and a whole lot of cheese!, Pizza Garlic Shrimp with generous sprinkles of shrimps over loads and loads of cheese, enticing pol…

Finally, my curiosity about this drinks called Bad Trip, Bad Boy and Squeeze Me of Central BBQ Boy Grill in Pioneer, is over. This cocktails are just a reinvention of CBBG and it totally attracted people from all ages - from people looking for a place to hangout with friends, young professionals who wants to unwind after a stressful work and specially families who wants to enjoy a good meal together during the weekends.
Check out their menu below:
BAD BOY
(white rum, juice)